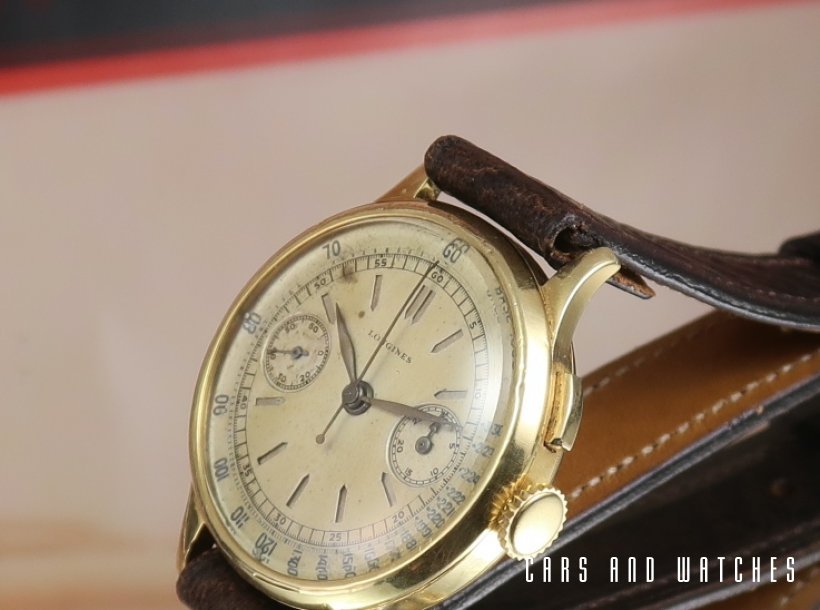 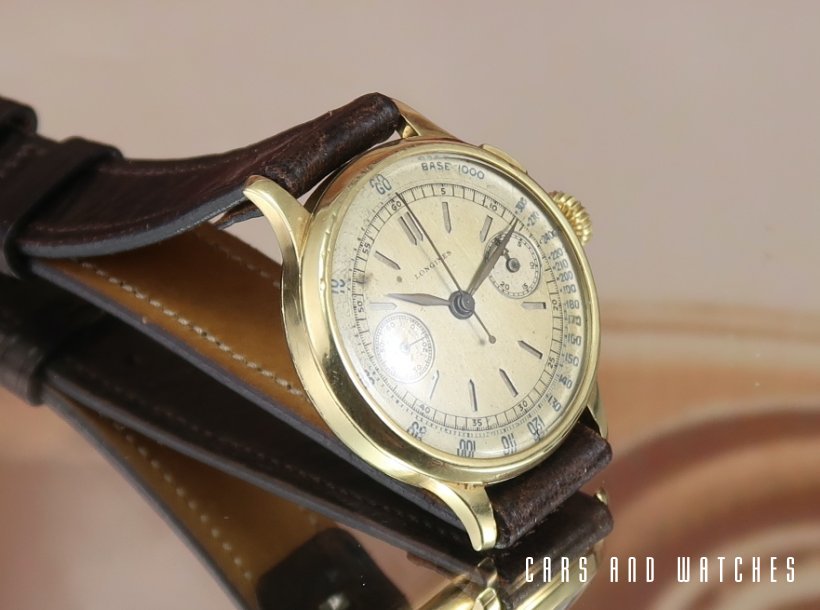 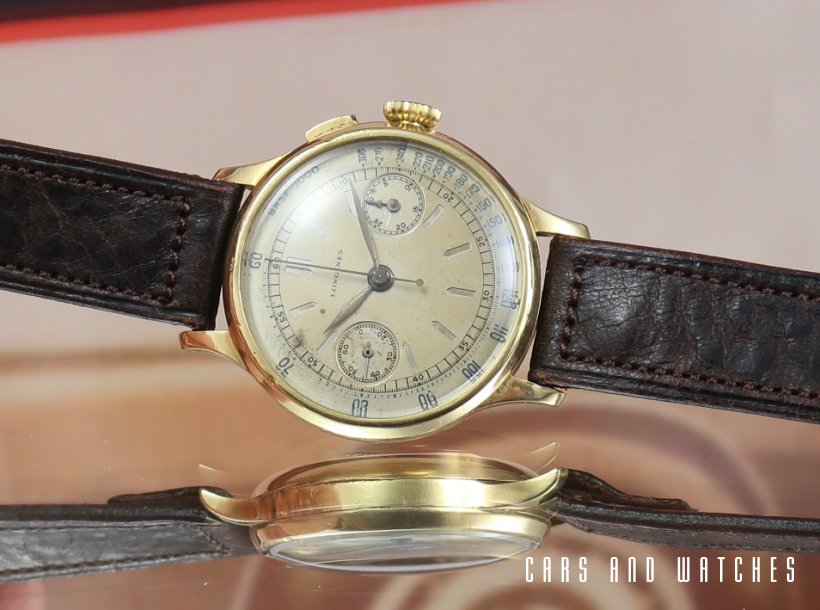 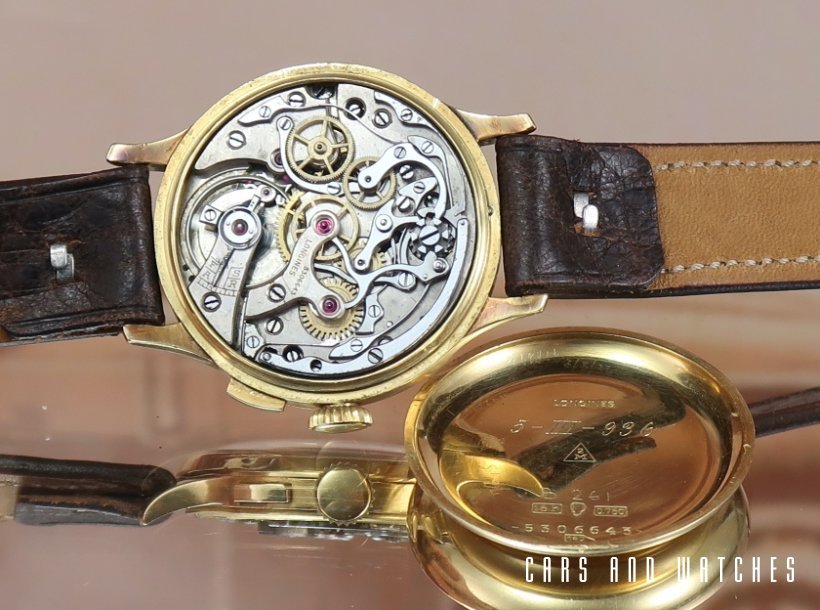 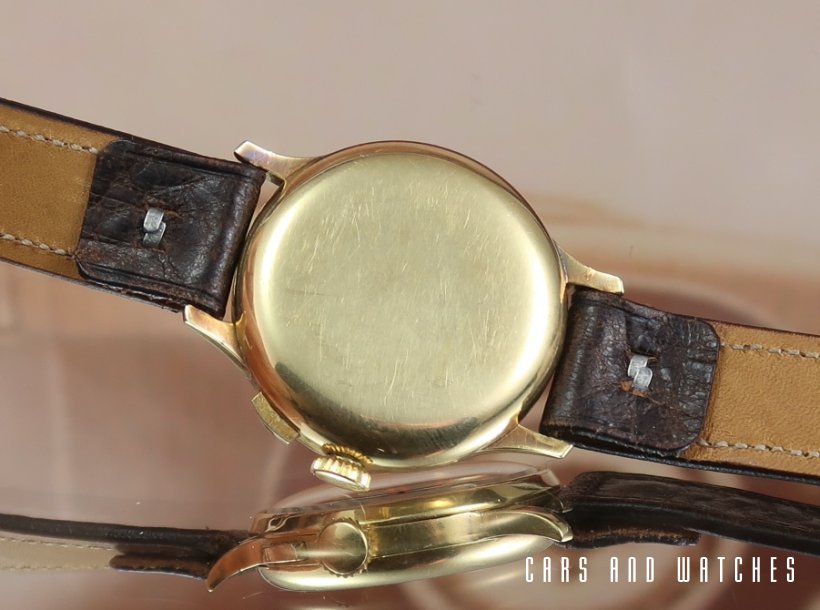 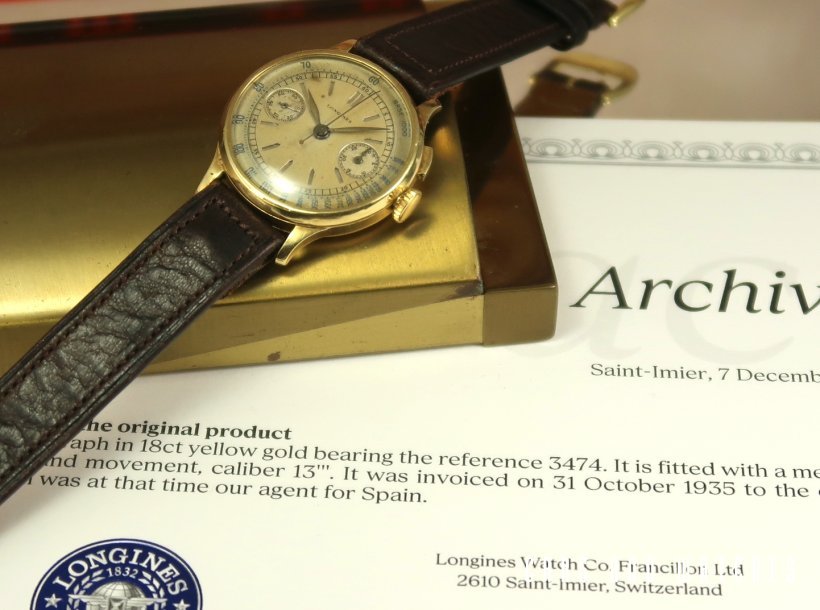 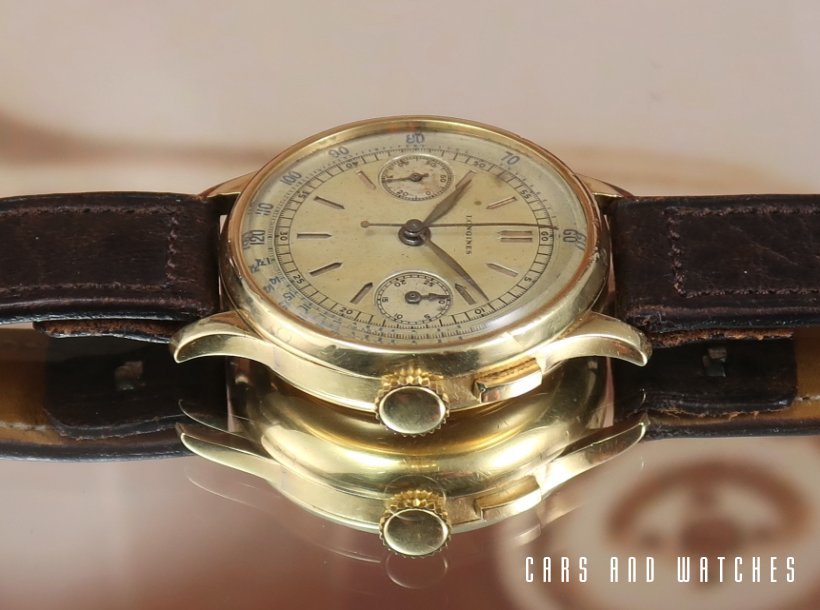 Back to Watches archive

This is not a 13ZN nor a 13.33 chrono... it's a much rarer caliber 13 of which Longines only made a handfull (5-6 are known to exist). It's so rare that none of the Longines books, nor the Longines museum has one. This rare monopusher chrono was made in 1935 and delivered to Spain (extract info). It has an 18K gold case which measures 33,5mm excl. original crown. It's in all original unpolished condition also. But the most striking is the original dial. It's a so called sandwich dial which consists of two layers and cut-out hour markers. One of the most desirable of all vintage dials (but often redone). It's got a blue base 1000 outer scale and black print, slightly aged but really lovely. The Cal. 13 movement is based on a Valjoux 13 but improved by Longines. It's just been serviced so still working perfectly after more than 85 years. Attached is a high quality period style strap, it also comes with a rare period Longines box and extract. The inside of the caseback has a nice date engraving which could very well be linked to the Spanish civil war... who knows, if only these pieces could talk...